Residential Solar is Crossing the Chasm

Like every innovation, residential solar PV is making its way through the technology adoption lifecycle. As solar market penetration increases, the industry faces the challenge of conquering a very different set of customers.

Innovators are willing to overlook flaws and complexities because they take pride and excitement in living on the cutting edge. Unfortunately, they only represent 2.5% of the population. Most residential solar markets in the U.S. (40 states) are still tapping into the ‘innovators’ population, as shown on the adoption lifecycle chart below. 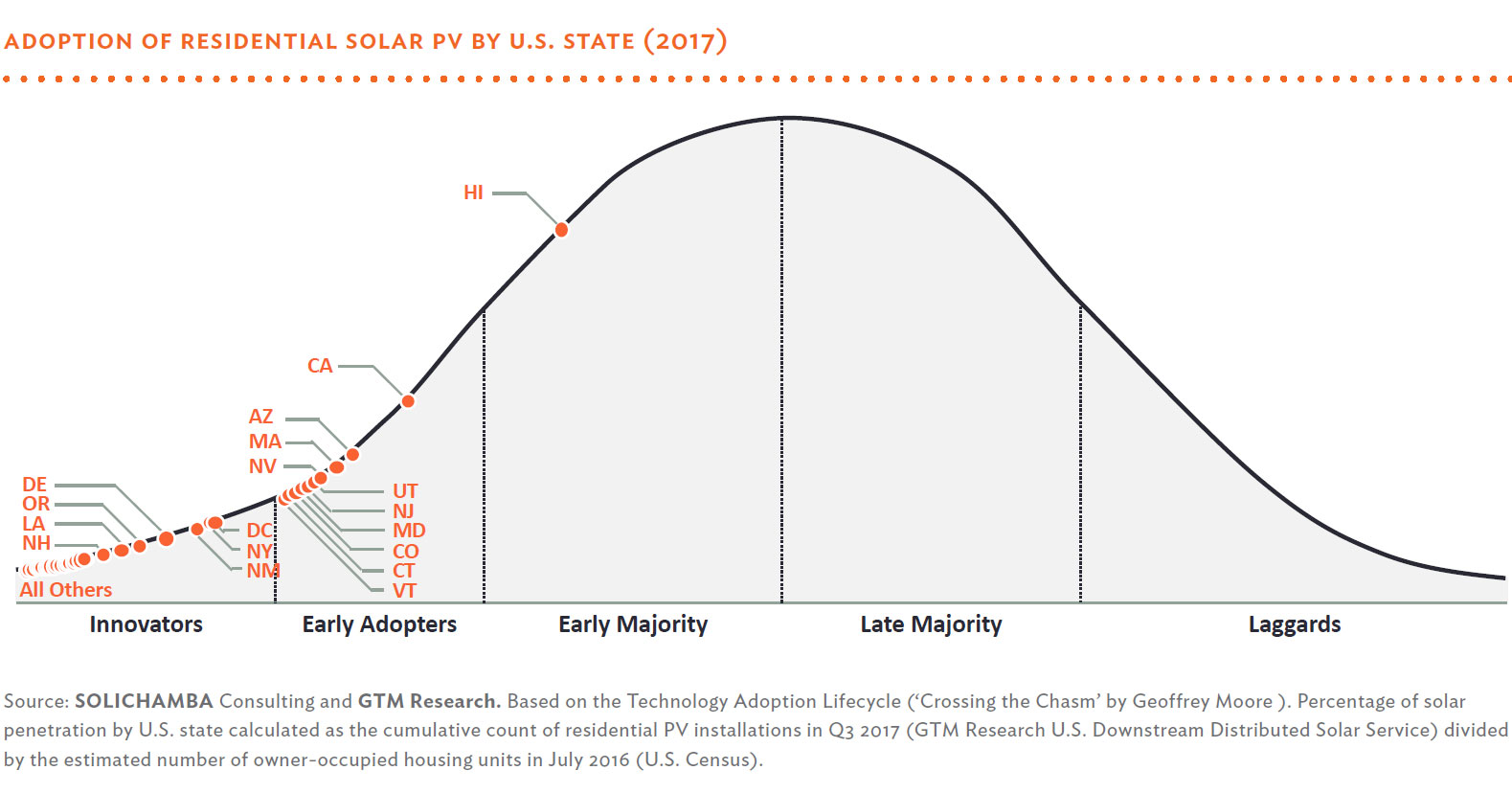 Early adopters are also excited about innovation and may forgive minor glitches, but they do require a more proven and polished product. They represent 13.5% of the population. Solar is already in the ‘early adopter’ stage in ten U.S. states: California, Arizona, Massachusetts, Nevada, Utah, New Jersey, Maryland, Colorado, Connecticut, and Vermont. Pragmatists make for 68% of the market, split equally between the early majority and the late majority, and they need a robust, fully-finished product, easy to buy, easy to use, and worry-free. Only in Hawaii has the solar industry ‘crossed the chasm’ to sell residential PV to these mainstream consumers, but this cannot be interpreted as proof that solar is ready for the mass market: The Aloha State benefits from uniquely favorable conditions with the highest retail electricity rates in the country, more than twice as high as the Nationwide average. The ‘chasm’, or gap between the early adopters and early majority customers, is where most new technologies fail, and where countless companies die. And while the solar industry achieved great progress in improving solar system design, equipment, and installation, residential PV remains a complex product, and a difficult one to sell. Stubbornly high costs of sales (around $3,900 per customer3) clearly indicate that residential PV, as it is offered today, is not fully ready for mass market adoption.