How Solar Holler is spreading the word across Appalachia.

What if descendants of coal miners were the ones installing solar panels? With its history in the coal industry, Appalachia isn’t exactly synonymous with clean energy—but that unlikely pairing is exactly how West Virginia’s innovative Solar Holler is finding success and impact.

“There was no one doing solar here when we started, so we’ve been building this market over the last seven years,” says Solar Holler Founder and CEO Dan Conant. Far from being in a state where solar panels were popular and plentiful, the company had to teach people from scratch. “It took me two years of beating my head against the wall convincing financiers to work with us because they only wanted to work with California and Massachusetts.”

It was 2013, and the seeds of Solar Holler began in a surprising place for a solar company: church. Conant’s mission to outfit a local church with solar panels in his hometown of Shepherdstown, WV turned into a community-driven campaign with a successful domino effect. Since that single nonprofit endeavor—which created awareness and got widespread support within the town of 700 families—Conant has built a business that now spans 350 solar installations across the state.

Conant, who grew up in Shepherdstown, has spent the last decade in the solar industry. His journey started as a solar installer in Vermont, and after receiving a master’s degree in energy policy and climate from Johns Hopkins University, he was a technical advisor to the U.S. Department of Energy’s SunShot Initiative.
While most teens leave small towns for good, Conant felt called to bring his expertise and passion for renewable energy back home. It would be easier to try to build a solar company in a place where the topic is already trending—and where sales might come more easily—but he made a risky choice to return to West Virginia. There, he’s been bringing to light the benefits of solar energy.

“I’ve always cared about climate change professionally, personally, and philosophically—and I want to fix it,” the 35-year-old explains, speaking from the Solar Holler office in Shepherdstown. “I’ve dedicated my career to attack it from the science side, and also to invest in renewables in Appalachia and not leave this entire state or region behind.”

The office is in an 1800s townhouse “that we turned into our little solar hub,” and the building itself is a fitting reflection of the company’s ethos. The location once housed a labor law practice known for representing coal miners in employment disputes over workers’ rights and safety concerns. Solar Holler, which established itself as one of the first unionized solar companies this spring despite the uncertain economy, is clearly invested in its workers’ rights and the people of a coal mining community.

After accruing more and more nonprofit projects and the eventual launch of its for-profit residential installations in 2016, the business had to grow its workforce. The win-win solution? Training kids of coal miners in the modern practices of solar construction. Today, the company’s tagline is “Mine the Sun.”

“We needed workers as we saw more demand all over the state,” Conant recalls. “We wanted to help folks whose entire families were steeped in the coal industry get their initial foot in clean energy.”

Before ramping up its residential operations, Solar Holler first put people to work installing solar panels on churches and homeless shelters. The company continues to be a mission-based benefit corporation—not profit-focused—and those initial projects with nonprofits helped spread the solar gospel to the oft-overlooked:

“Those folks are generally left out across the country because of the focus on big companies and easier targets. So I wanted to focus on helping folks where it would be really meaningful—and also just pull off cool stuff that had never been done before.”

Solar Holler’s commitment to what it self-describes as “repowering Appalachia” has garnered notice from NPR and The New York Times. Conant was even named one of Southern Living Magazine’s “2016 Southerners of the Year” for his work increasing access to solar across West Virginia.

Things were going great. And then came a pandemic.

Repowering Business During a Pandemic

When COVID-19 crept into the news and West Virginia’s Stay at Home order eventually hit this March, Conant had the thought that has been keeping many business owners up at night: “Oh my god, this is all coming crashing down.”

Ultimately, though, he was able to push through the fears and stay proactive. After first having to furlough most of his team as a result of the pandemic, Conant has since been able to bring nearly all 37 employees back.

“That model of going out and being a road warrior talking with folks on their front porch was the only model we’d ever known,” he notes. “So we had to take a big leap of faith and overnight say we’re not doing this anymore.”

By converting its in-person sales strategy to an all-digital approach, and even voluntarily suspending operations for a month until it felt safe to resume, Solar Holler continued to put people first. The safety of both its staff, community, and clientele was the primary concern. “It was nerve-wracking both shutting down and also bringing people back.”

You might think solar energy has lost appeal during this time of economic strife. Think again. Despite the pandemic and that temporary pause in sales, the Solar Holler team anticipates a 25% increase in annual business this year.

“[Solar] has actually been really top of mind, especially because the economy is hurting,” Conant asserts. “Folks are worried about their family’s expenses. And after seeing utilities jacking up rates in Kentucky and West Virginia, people here are fed up with utilities and the rate hikes—especially in the middle of the pandemic.”

New clients are turning to Solar Holler to help them take control of that aspect of their bills and, he adds, “to make sure their family’s electricity is secure for the next century.”

Conant’s advice to fellow business owners during this time? It all goes back to the basic tenet of providing quality customer service and caring about people, not merely your bottom line.

“Let your humanity show through and show people that you care—take care of your customers,” he says. “Unionization happened for us right in the middle of the pandemic, and it let people know that we’re humans, too. Just being mindful of that is really helpful right now, and it’s what we’ve remained focused on.”

Solar Holler partnered with Omnidian in May 2020, during the economic downturn caused by a pandemic. Solar Holler Founder and CEO Dan Conant tells why.
What convinced you to add the Omnidian package in the middle of a struggling economy?

I think people are looking for certainty and savings. Solar is so relatively new and still picking up speed in West Virginia, so it’s not something folks are used to. Having that production guarantee helped put people’s mind at ease that this is gonna do what we’re saying it’s gonna do. I thought that would be a really powerful message. It really put our money where our mouth is. This was a way for us to stand behind that even further.

What are clients saying about Omnidian?

Clients love it. They love that we are standing behind the numbers that we’re putting out there. It helps eliminate any worry about whether it’s gonna do what we say it’s gonna do. It’s still early, but early returns are good.

How did your sales team respond to adding the cost of Omnidian to your packages?

Our sales team loved it; there was zero push back. I think that’s part of our culture, too. We have always bent over backwards to make customers happy. We’re not profit-focused—we’re a benefit corporation. We take care of our people and that mindset has always been there, looking at this holistically in everything we do. We can offer people peace of mind through Omnidian’s support in helping to take care of their systems and troubleshoot on the backend. 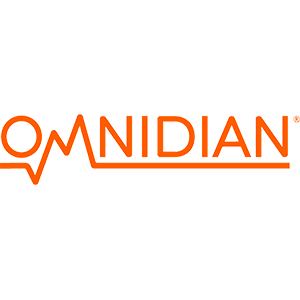